A variant of the saying “Know Your Customer” for a football club will be “Know Your Fan” and indeed fans are customers when they buy tickets. If they can. 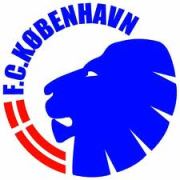 FC Copenhagen cruised into stormy waters when they apparently cancelled all purchases for the upcoming Champions League (European soccer club paramount tournament) clashes against Real Madrid, Juventus and Galatasaray if the purchasers didn’t have a Danish sounding name. The reason was to prevent mixing fans of the different clubs, but surely this poorly thought screening method wasn’t received well among the FC Copenhagen fans not called Jensen, Nielsen or Sørensen.

The story is told in English here on Times of India.

Actually methods of verifying identities are available and cheap in Denmark so I’m surprised to see FC Copenhagen caught offside in this situation.