It’s the second day of the MDM Summit Europe 2013 in London today.

The last session I attended today was an expert panel on Reference Data Management (RDM). 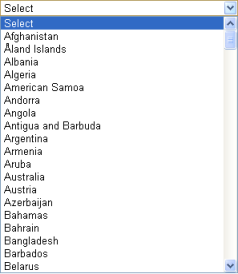 I guess the list of countries on this planet is the prime example of what is reference data and today’s session provided no exception from that.

Even though a list of countries is fairly small and there shouldn’t be everyday changes to the list, maintaining a country list isn’t as simple as you should think.

Another example I have had some challenges with is that for example the D&B WorldBase (a large word-wide business directory) has four country codes for what is generally regarded as the United Kingdom, as the D&B country reference data probably is defined by a soccer fan recognizing the distinct national soccer teams from England, Wales, Scotland and Northern Ireland.

The expert panel moderator, Aaron Zornes, went as far as suggesting that a graph database maybe the best technology for reflecting the complexity in reference data. Oh yes, and in master data too you should think then, though I doubt that the relational database and hierarchy management will be out of fashion for a while.