This is the second post in a series of short blog posts focusing on data quality related to different countries around the world. I am not aiming at presenting a single version of the full truth but rather presenting a few random observations that I hope someone living in or with knowledge about the country are able to clarify in a comment. 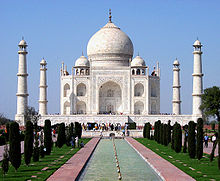 India‘s culture is marked by a high degree of syncretism and cultural pluralism. Every state and union territory has its own official languages, and the constitution also recognizes 21 languages.

The government of India has initiated a program for assigning a unique citizen ID for the over 1.2 billion people living in India. The program called Aadhaar is the largest of that kind in the world.

Tata, Satyam, Infosys, Wipro is just some of the many mega system integrators within master data management and data quality with headquarters in India. Add to that that companies like Cognizant and many others have most of their professionals based in India.