By 1st January this year the next largest city in Denmark changed its name. It was only a minor change from “Århus” to “Aarhus” – replacing the Scandinavian letter Å with a double A, which is the normal conversion to the English alphabet.

Data quality would be a lot easier if people, companies and cities stopped changing names. It always goes wrong. First of all a lot of data will be out-of-sync. And then the change may go wrong.

That is what happened at Google Maps. They introduced a typo so the name of the city on the map now is “Aahrus” – swapping the r and the h in the middle of the name.

For those out there not sure where on earth Århus/Aarhus/Aahrus is, it is the red dot in the upper right corner, where you have London and Paris in the lower left corner on the map below. You may click on map to enlarge. 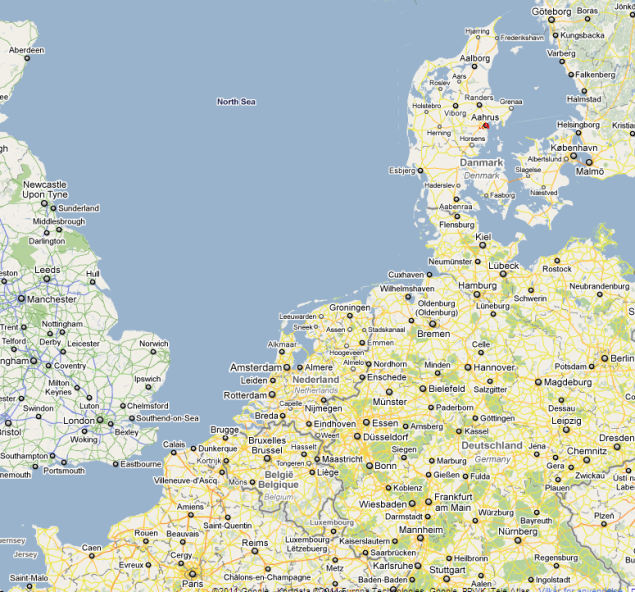 4 thoughts on “Typos in the Cloud”